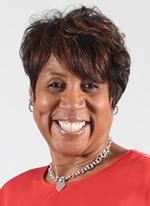 The University of Cincinnati women’s basketball program has continued to reach new heights under Head Coach Michelle Clark-Heard since her hiring in March 2018.

Clark-Heard, who was a UC assistant from 2002-05 and also spent six seasons as the head coach at Western Kentucky University before returning to UC, has amassed 46 wins in her first two years at the helm and is the only coach in program history to open a tenure with back-to-back 20 win seasons. Overall, her 10-year coaching career has seen her teams average more than 20 wins per campaign (22.4) with seven postseason appearances, including four NCAA Tournaments and three WNIT berths.

Her second season with the Bearcats (2019-20) produced many big moments for the program. On a team level, UC posted a 22-10 record overall and went 11-5 in the American to finish tied for second, UC’s best league finish in its seven-year membership in the AAC. Seeded third in the tournament, the Bearcats reached the final for the first time in the AAC as well as their first final appearance since the 2003 Conference USA Championship game. Additionally, the Bearcats finished the year 14-3 at home with a 12-game winning streak at Fifth Third Arena as well.

Individually, Clark-Heard’s players enjoyed a great deal of success as well as a trio of players -- IImar’I Thomas, Antoinette Miller and Angel Rizor -- all joined the program’s 1,000-point club during the season, the 27th, 28th and 29th members, respectively. When it came time for awards and honors, that trio also made a big splash as each was honored by the AAC as Thomas was a unanimous selection to the first team, Miller was a second-team honoree and Rizor was twice honored as she was named the AAC Most Improved Player of the Year while earning third-team all-conference accolades as well. The honors didn’t end there, however, as Thomas and Miller both were voted Women’s Basketball Coaches Association (WBCA) All-America Honorable Mention selections. The awards stand as just the second and third All-America honors earned in program history, joining Debbie Merrill, a 2003 WBCA All-America Honorable Mention.

In her first season at the helm at UC in 2018-19, Clark-Heard led the Bearcats to 24 wins -- the most victories in a head coach’s first season in program history, and the most triumphs in 17 years (27 in 2001-02). The Red & Black’s historic accomplishments also included the first time with consecutive postseason wins in program history (WNIT quarterfinals), its first 20-win season since 2003, first time with 12 conference wins since 1999, (at the time) highest-ever finish in the American (third place), and first time with three or more regular-season conference honorees since 2003 (Thomas - First Team All-AAC, Miller - Second Team All-AAC, Florence Sifa - Newcomer of the Year).

In six seasons at WKU, Clark-Heard reached four NCAA Tournaments, won four conference tournament championships and two regular season conference titles while posting 154 wins, becoming the second-fastest Lady Topper coach to reach 100 victories with the program. Clark-Heard took over a program with a 9-21 record in 2011-12 and she led the Hilltoppers to a 22-11 mark in her first season (2012-13), a 13-win improvement, which was the largest in Sun Belt Conference history.

WKU finished the 2017-18 campaign with a 24-9 record and captured the 2018 Conference USA Tournament title and qualified for its third NCAA Tournament in four years. Tashia Brown was tabbed as an Associated Press Honorable Mention All-American and the C-USA Player of the Year.

The 2016-17 campaign saw WKU claim its second sweep of the C-USA regular season and tournament championships in just three seasons as a member of the league. The Lady Toppers put together a 27-7 record and a 16-2 mark in C-USA play; the team also pieced together a 12-game winning streak entering the NCAA Tournament, culminating in a 67-56 win over Southern Miss in the C-USA championship game on March 11.

Following the season, Clark-Heard was invited to serve as an assistant coach for the United States U-23 National Team in the inaugural Four Nations Tournament in Tokyo, Japan. During her second stint with the red, white and blue, Clark-Heard helped to push the Americans to an undefeated record and the championship in the event, defeating their opponents by an average of 32 points along the way.

Clark-Heard was named an assistant coach for the 2015 U.S. Pan American Women’s Basketball Team, joining head coach Lisa Bluder of the University of Iowa and fellow assistant coach Scott Rueck of Oregon State University on the staff. In Toronto, Clark-Heard helped lead the Americans to a silver medal in her international assistant coaching debut, falling just short in the gold medal game against the host Canadians.

The run to the tournament helped WKU secure a 24-9 record and finish with 20-wins for the second straight season. Her consecutive 20-win seasons to begin her time at WKU marked the first time in Sun Belt Conference history that a team had won 20 games in back-to-back years following a season in which it had won less than 10 games.

Her success in 2013-14 followed a massive improvement on the floor in 2012-13. In her first year as a Division I coach, Clark-Heard helped WKU to a 13-win improvement over the 2011-12 season output. It was the largest in Sun Belt Conference history as WKU turned a 9-21 mark into a 22-11 record. WKU’s eight win improvement in conference play from five wins to 13 wins was tied for the largest in league history. The Lady Toppers also became the first team in Sun Belt Conference history to win 20 games in the season following a year in which the team won less than 10 games earlier this season.

Her first season at WKU also showcased her ability to develop players. The duo of Chastity Gooch and Alexis Govan averaged a combined 12.7 ppg in 2011-12 but posted 36.5 per outing in 2012-13. The duo combined for 1,203 points after posting 381 last season. The team also saw major improvement in nearly all statistical categories, including improving free throw shooting by over 11 percent to .739, the third highest mark in school history.

Prior to taking the reigns at WKU, Clark-Heard spent five years as an assistant coach to Jeff Walz at Louisville (2007-12). During her time with the program, the Cardinals made three Sweet 16 appearances and their first Final Four appearance, finishing as the National Runner-Up in 2009.

Showing her prowess as a recruiter, she was instrumental in bringing in the No. 12 recruiting class to UofL in 2008, then followed with three consecutive Top 10 classes in 2009, 2010 and 2011. The 2010 recruiting class was the highest ranked class in school history, No. 5 nationally.

Prior to her time at Louisville, Clark-Heard spent two seasons as the head coach at Kentucky State, taking the reigns of the program in June 2005. She took over a program that had won just one game during the 2004-05 season. In her first season, she led the Thorobrettes to a 5-23 record, four of the wins were against Southern Intercollegiate Athletic Conference opponents. Her team was picked to finish 11th in the SIAC but ended the season in ninth place. In her second season at KSU, she guided the Thorobrettes to an impressive 19-9 record, finishing tied for fourth place in the SIAC. Clark-Heard earned SIAC Coach-of-the-Year honors after the impressive turnaround. Her 2006-07 Thorobrettes were the second most improved team in NCAA Division II women’s basketball during the 2006-07 season.

Before being named head coach at Kentucky State, Clark-Heard spent three seasons at Cincinnati as an assistant and four years at Nebraska in the same role. The Bearcats advanced to postseason play in two of her three seasons there while she helped Nebraska reach the NCAA Tournament twice during her time with the team. She was also responsible for helping sign McDonald’s All-American Janice Bright for the Cornhuskers in 2001 while coaching alongside current Louisville coach Jeff Walz and under former WKU coach Paul Sanderford.

A four-year letter-winner on the Hill (1987-90), Clark-Heard was part of four NCAA Tournament teams during her Lady Topper career. She also helped guide the Lady Toppers to a pair of Sun Belt Conference Tournament championships (1988 and 1989) and two conference regular-season titles (1989 and 1990). She played in 118 games during her four years on the Hill, scoring 790 points and pulling down 615 rebounds. WKU amassed 89 victories during her four years in uniform, winning 70 percent of the games over that span and putting together three 20-win seasons.

Upon graduation from WKU, she spent eight years working within a recreational setting in Kentucky, including five years in Bowling Green and three with the Louisville Metro Parks Department.

While in Louisville, she served as head junior varsity coach and assistant varsity coach at DuPont Manual High School for the 1994-95 season. Additionally, she played professionally with the Kentucky Marauders of the Women’s Basketball Association in 1994-95.

The Louisville native earned Kentucky High School State Player of the Year (1986) while playing at Atherton High School and was inducted into the Atherton Hall of Fame in 2003. 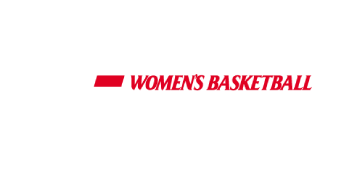 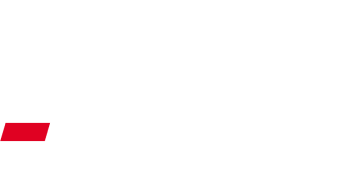 We are looking to cultivate a love for the game of basketball amongst our campers, while offering valuable skill instruction and life lessons along the way.